In the summer of 2021, the town of Dunlap became more vibrant with the addition of six new murals. The murals were a labor of love, designed and painted by community members.

Click here to download a digital copy of our "Mural Walk" Map -- pick up a printed copy at the Dunlap City Hall, the Dunlap Public Library or The Town and Country Store. 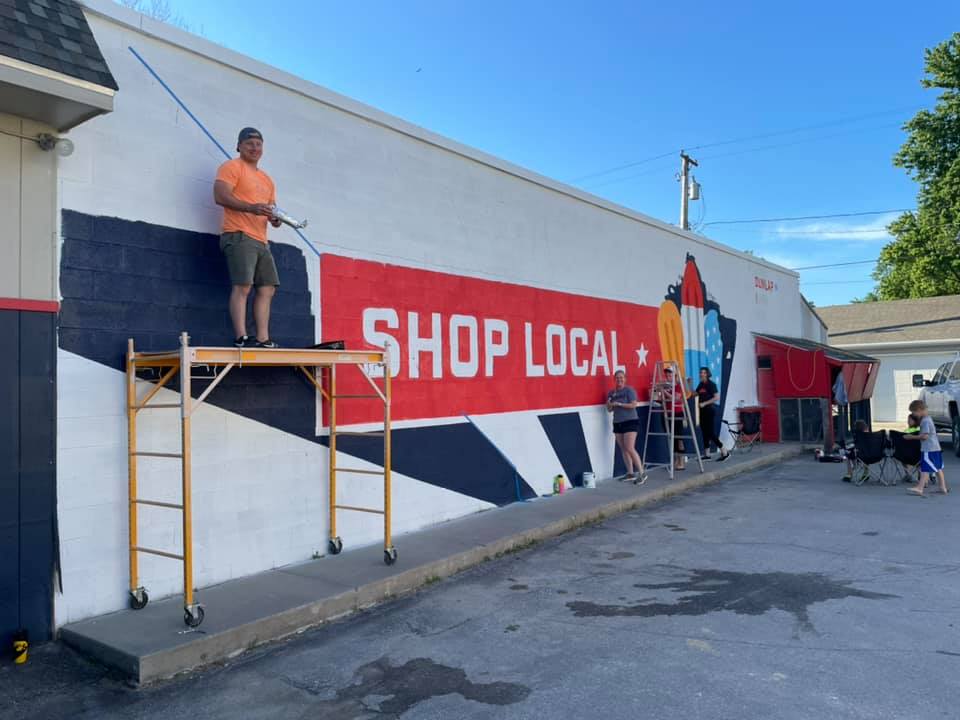 Smitty's Mural
The first mural, aptly nicknamed "the popsicle mural" was added to the parking lot side of Smitty's Grocery store in May of 2021. Smitty's has been a staple of Dunlap since 2002, owned by Dale Smith.

When designing a mural, the designer must take into account, the color scheme that already exists elsewhere on the building, the history and current purpose of the building, how well the design will translate to a larger scale and the audience that exists within the community.

Welcome Mural
Dunlap's "Welcome Mural" touts a very simple design and is the only oil-based paint mural in town thus far. This eye-catching message is positioned on the side of a building owned by John and Dede Sullivan and used for storage by Sullivan Supply. 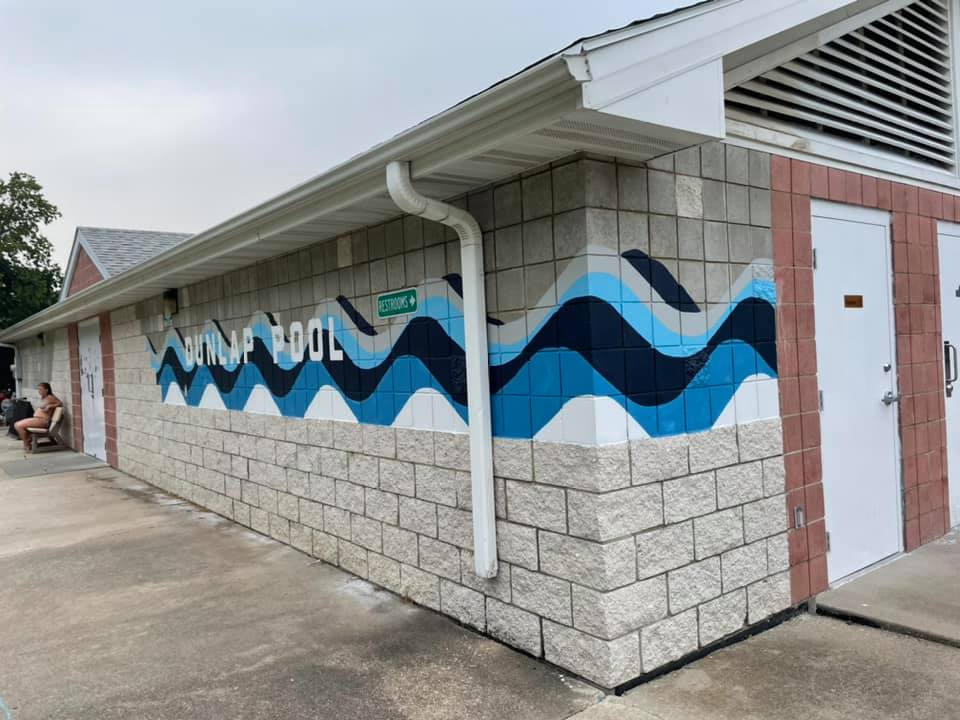 Pool Mural
In 1920, Dunlap's original swimming pool was built. The swimming pool and facilities that exist today were built in 1999. Community members felt that the pool's bath house could use a touch of color. 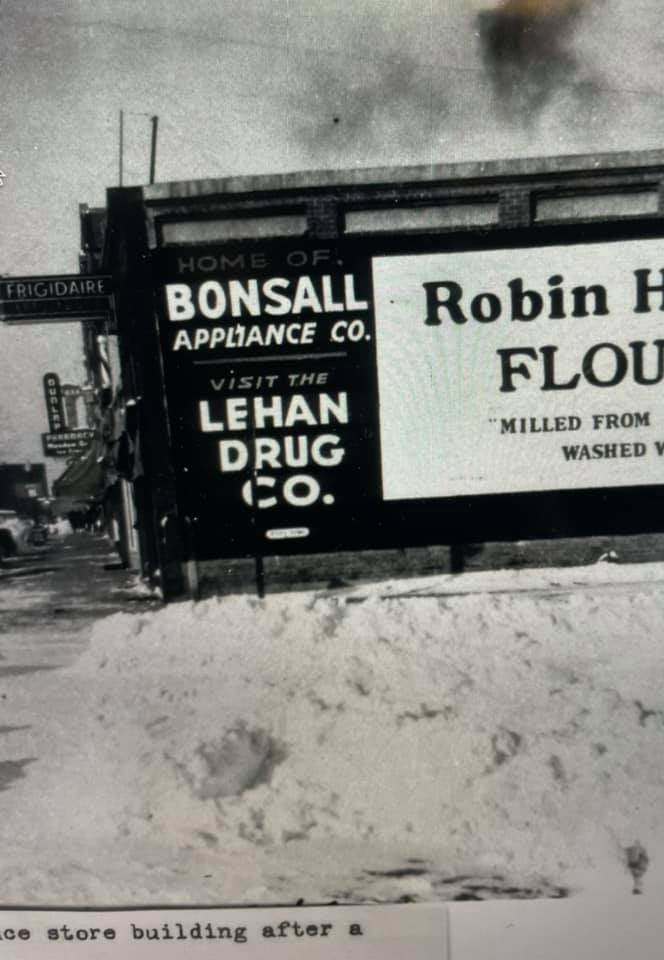 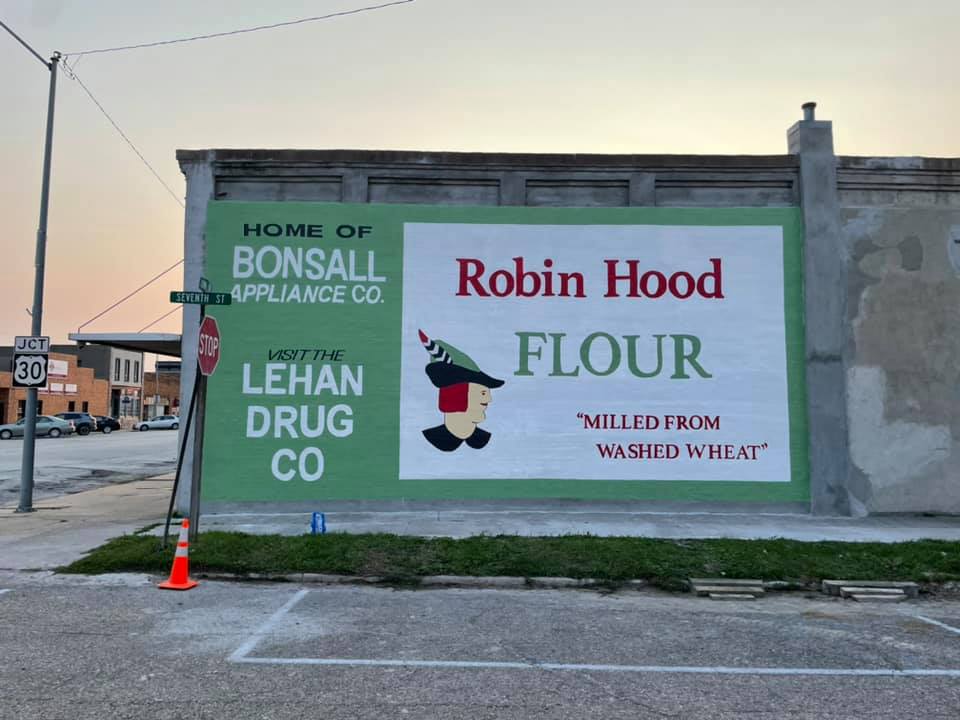 Bonsall's Mural
The side of Bonsall's warehouse building has been the location of many different murals throughout history. The "Robin Hood Flour Mural" was painted to pay homage to the mural that existed in this location in the 1940's. The Robin Hood imagery and an enhanced color scheme were added to make the mural more visually appealing. 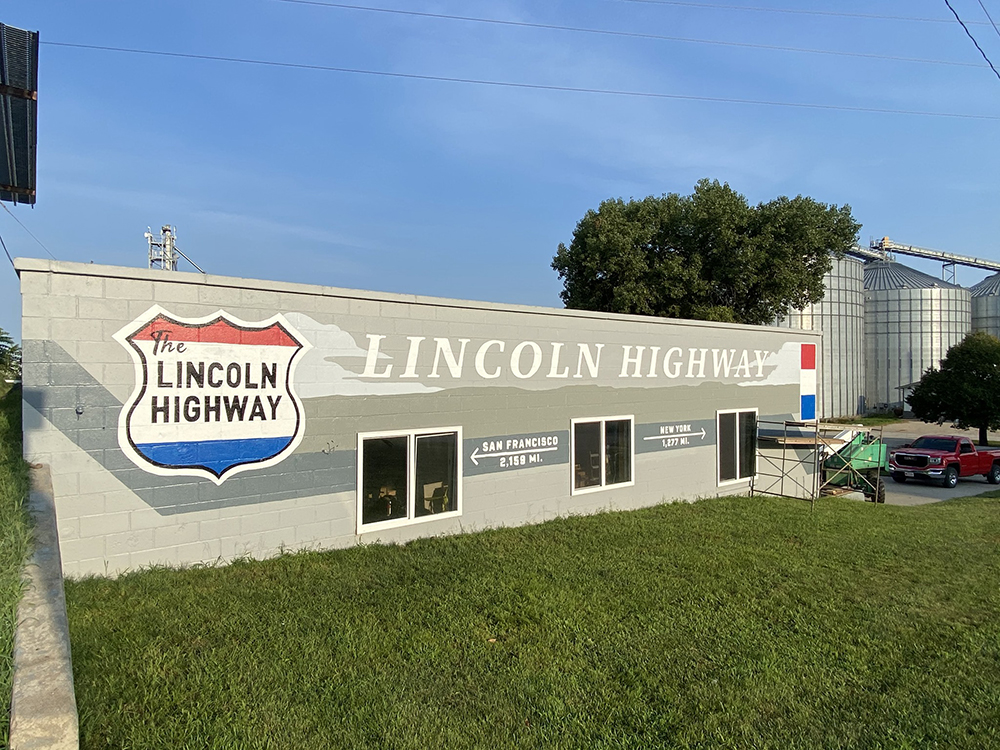 Lincoln Highway Mural
Greg and Monica Stinn commissioned the painting of a mural on the side of their building to commemorate the Lincoln Highway as part of Dunlap's history. Monica designed the mural and community members helped paint. The Lincoln Highway is one of the earliest transcontinental highway routes for automobiles across the United States of America. 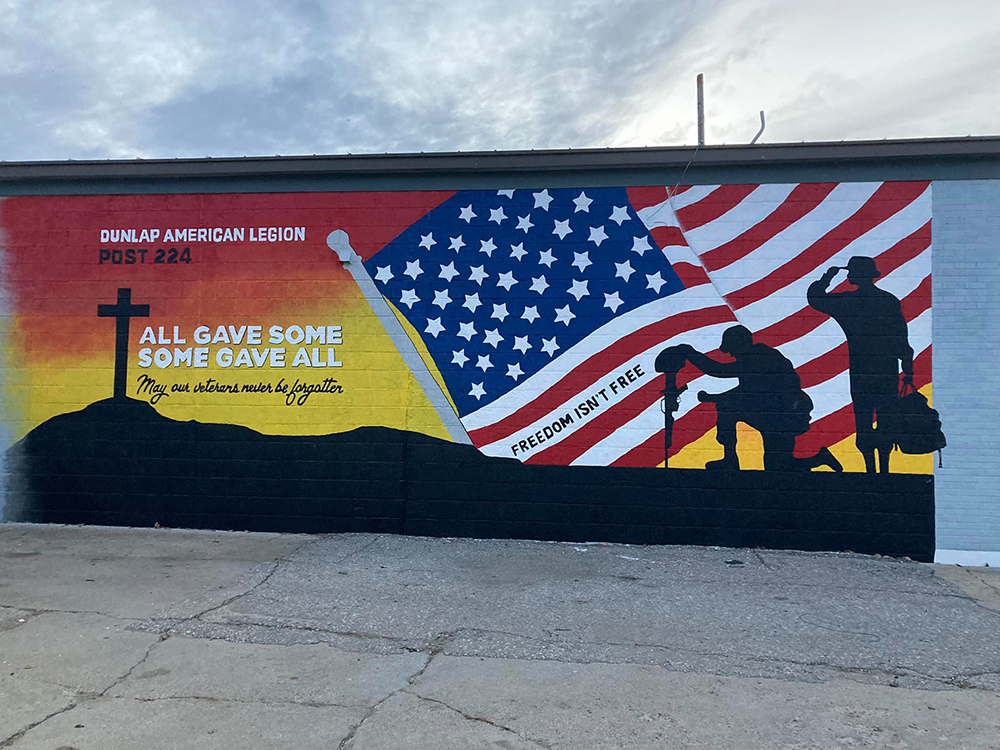 Veteran's Mural
The Dunlap American Legion, Post 224 brainstormed the design of the "Veteran's Mural," and legion members assisted in painting it.